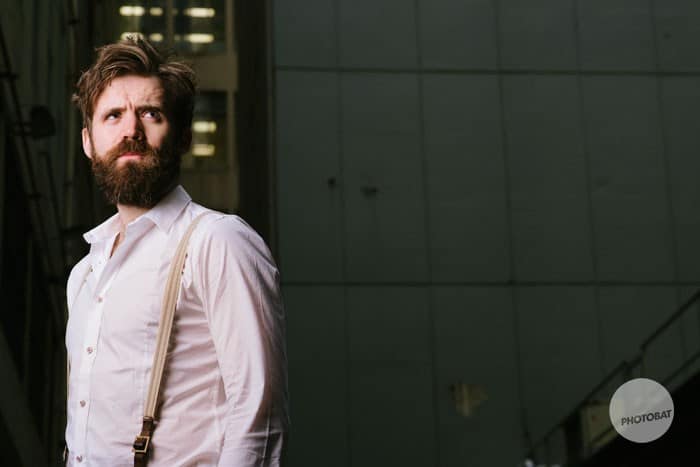 23 May Portrait of the Week | Paul Verhoeven | Melbourne Portrait Photography

Posted at 08:51h in Uncategorized by photobat 0 Comments
0 Likes
Share

I had a great portrait lined up this week, really interesting guy who has a pretty awesome job, you know his work but probably don’t know him. Was goign to be fantastic! But then he got sick, so sick that he felt guilty enough to find a replacement portrait-of-the-week-ee.

He said to call Paul. So I did and he said yes without having any idea who I was. I had a vague idea about who he was, and if the name Paul Verhoeven sounds familiar to you too you probably listened to Triple J Breakfast’s Nerds of a Feather segment or maybe have seen Steam Punks on ABC3. He’s a media guy, radio guy, reviewer guy and all round great person to meet kind of guy.

I’m glad my mystery portaitee* got sick (he’s better now) because otherwise I probably wouldn’t have had a such a great time shooting and meeting Paul.