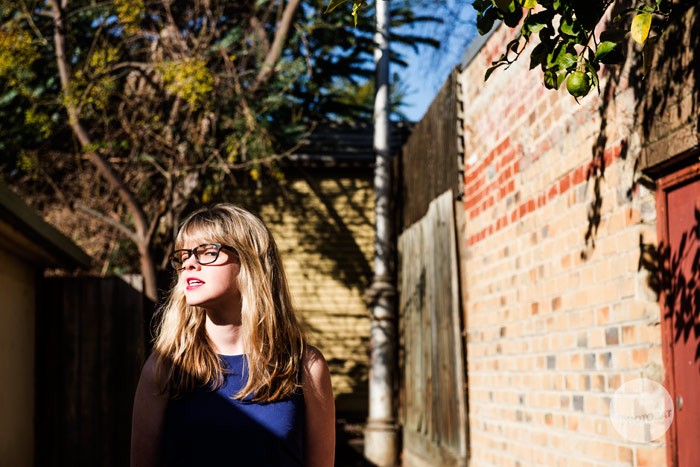 Posted at 13:55h in Uncategorized by photobat 0 Comments
0 Likes
Share

Tegan Higginbothan isn’t a model, she’s a comedian, actress and writer but that didn’t stop her playing the model for portrait of the week this week. And she plays model well, so well that she could be a model! (we used milkcrates to get over the height issues)

You might notice a theme to this shoot, it’s kind of like we were channelling a Frankie magazine fashion shoot… did we pull it off? Who cares, we were playing!

Tegan is another talented person I’ve got to know since moving back to Melbourne, when I wound up shooting comedians 6 years ago she was a name I’d heard but never seen. Now I’m back and Tegan is going awesome, writing for newspapers like The Age, having an awesome blog and doing really fantastic comedy as herself and with Adam McKenzie as Watson.
Plus, she’s been on the tellie and in all likelihood will turn up again later this year in a new tv show!

She really is fantastic and if you see a line up with her name on it, jump at it and go and check her out, you won’t regret it.

Read her great words over at www.teganhigginbotham.com