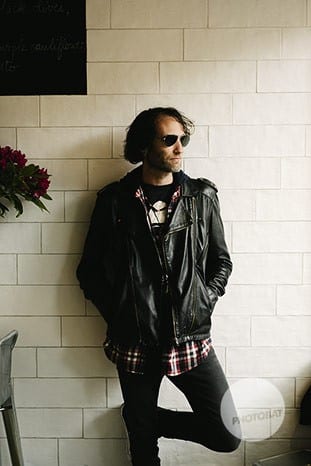 Posted at 12:56h in Portrait by photobat 0 Comments
0 Likes
Share

I’ve decided I’ve had enough of letting interesting people walk past.
I’m going to take their photo and their story.
Yesterday I did just that.
But it didn’t really work.
I’d been sitting in a cafe having lunch with the lovely comedian Jodie J Jill (we were shooting… more of that later) and said to her “I’m going to take that guy’s photo” She said “he looks like a rock star”
Anyway, we progressed to eat and the guy was still there, so as we were finishing up he came inside and I said “HI, I’d like to take your photo”
He said “Sure, I know you”
Turns out we have crossed paths, both from Launceston and Glenn Moorhouse is well known for being an awesome muso and is now based in Sydney. He’s in Melbourne playing in The Rocky Horror Picture Show that is touring around the country.
So, I still took his photo. Wonder if this will happen every time?