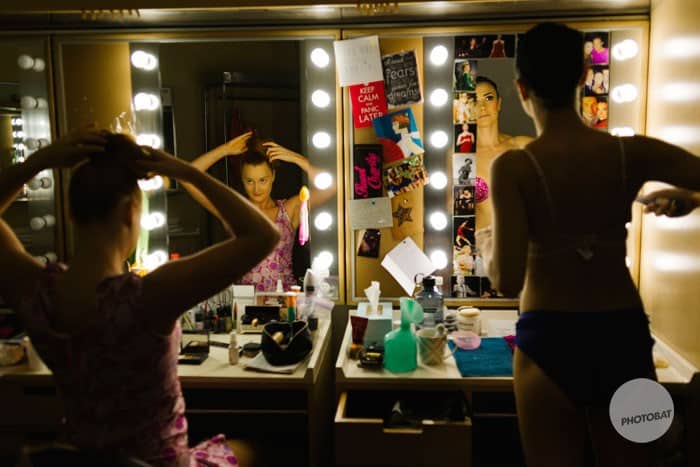 Posted at 10:56h in Artists by photobat 0 Comments
0 Likes
Share

If you have been following along you would know one of my favourite things to do is to photograph things and places that you don’t normally see.
The backstage world of theatre is frantic. Lot of running around, costume changes and then…. still, the intermission. The time where everyone just sits around and chats, or as is the case these says checks out whats goign on in social media world.
I didn’t get to see this show, only from behind the scenes. I did hear bits and the cast sounded amazing. Plus they were all really nice and welcoming of me, a stranger with a camera just hanging out backstage.