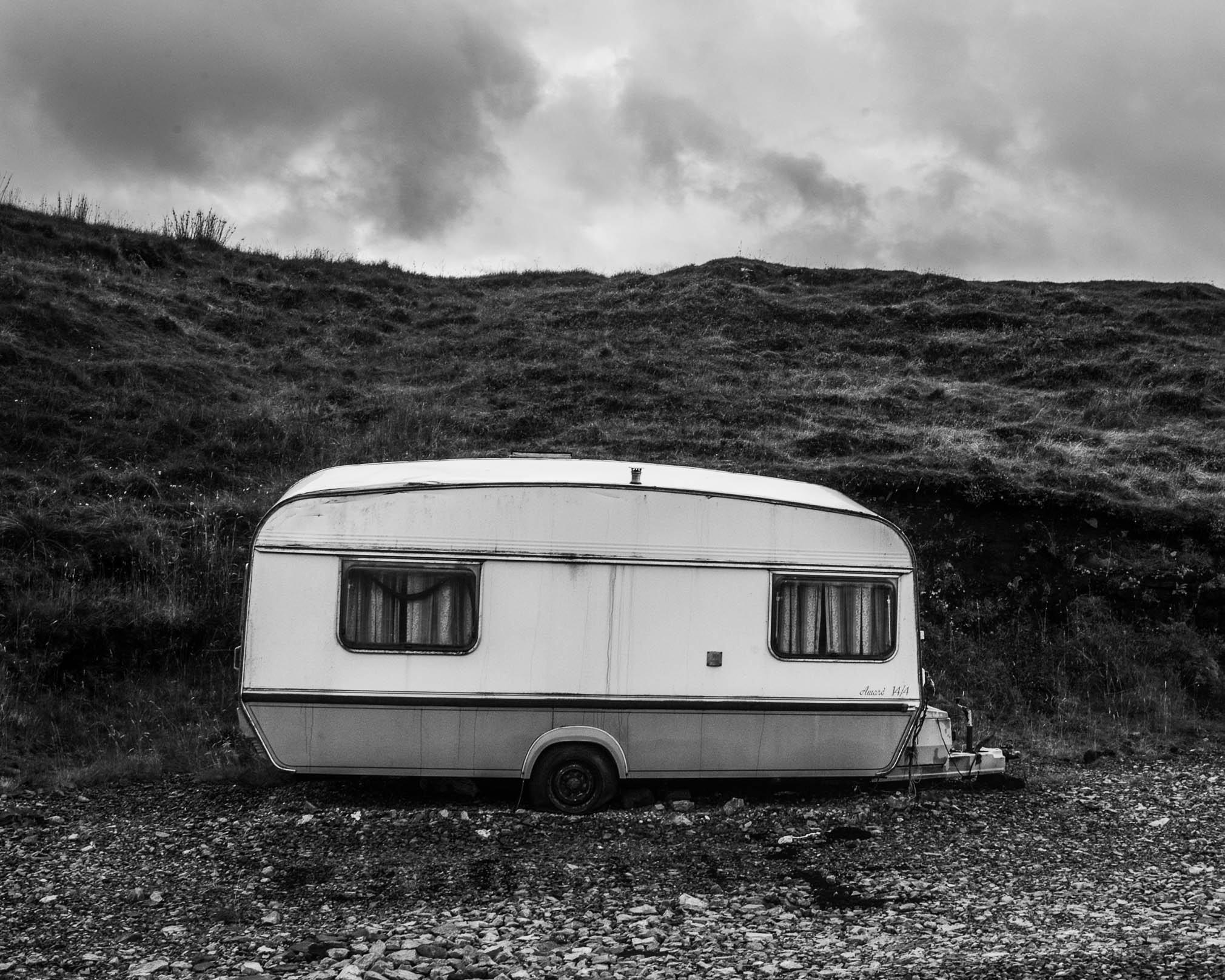 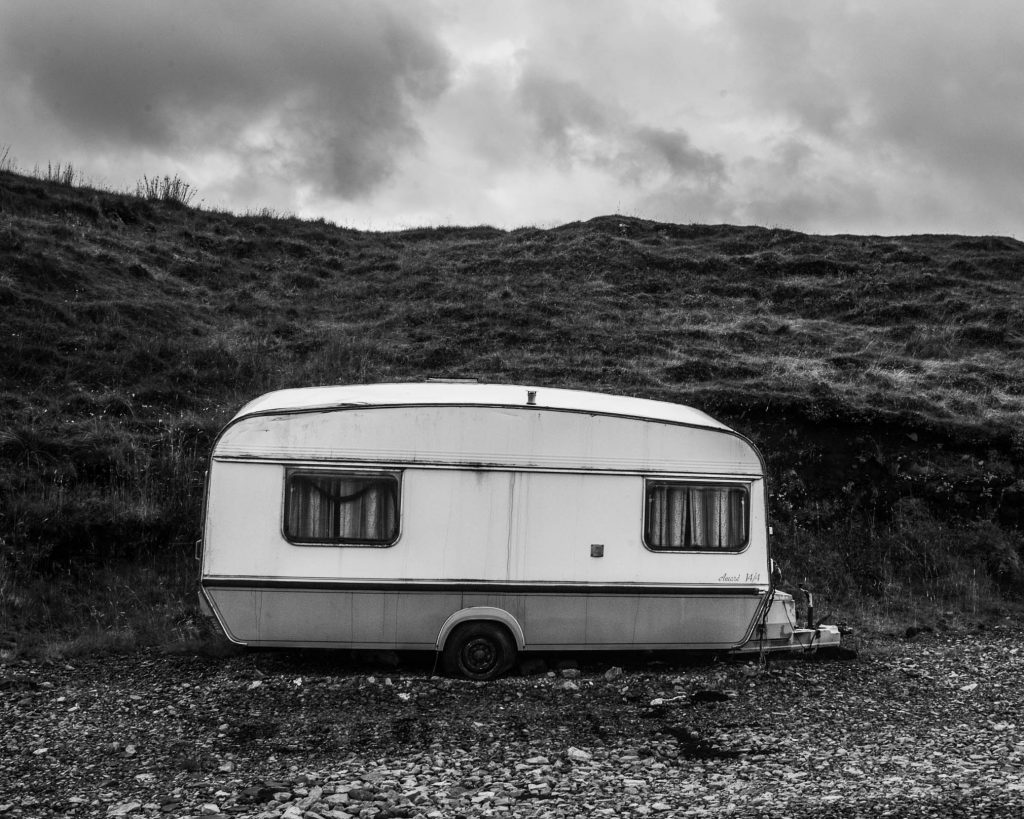 To mark the release of my World Series Print Collection I’m gong to share some of the stories behind the images. First up, The Sad Caravan on Skye.

In August 2005 I jumped into a big metal bird and flew off to the other side of the world. This was the first time as a solo traveller… and I had a mission.

Earlier that year I had managed to score myself an exhibition at the famous Gilded Balloon, a major venue at the Edinburgh Fringe Festival. If you don’t know what the Edinburgh Fringe is, it’s big and part of a festival of festivals that happen in that city in August. I was there to show off some comedian portraits on walls and photograph some new ones.

To give you an idea of what spending three weeks full time at the festival is like, imagine you were at a really good work conference with bad food, a heap of drinking and a cavelcade different people from all over the world doing the same thing. Some days it was really exciting and other days you just wanted to run away and hide.Of course, when it ends you realise that most of the month you have been living on adrenaline and in a strange bubble. And that bubble bursts pretty quickly  once it is all over.

That is where I was mentally when this photo was taken. Following the Fringe there was a little window for exploring before heading back home. The Isle of Skye and the north of Scotland was where I headed. The views and scenery were magical, but after a huge few weeks being constantly surrounded by people I was feeling pretty average.

That is when I drove in to a small town that was pretty unremarkable on the west side of Skye, I can’t even remember the town’s name. This broken down caravan was just sitting on the side of the road looking as I was feeling.

For me it represents that time in life when the party is over and life goes back to normal. For a little bit of time it’s ok to be a little broken down, but you can choose to get back up.

After this was captured I was feeling back and got into the excitement of the adventure and exploration for all the things that followed on that epic road trip.

This print is available in the World Series Print Collection, check out it and more photos from around the world over at the special gallery here.